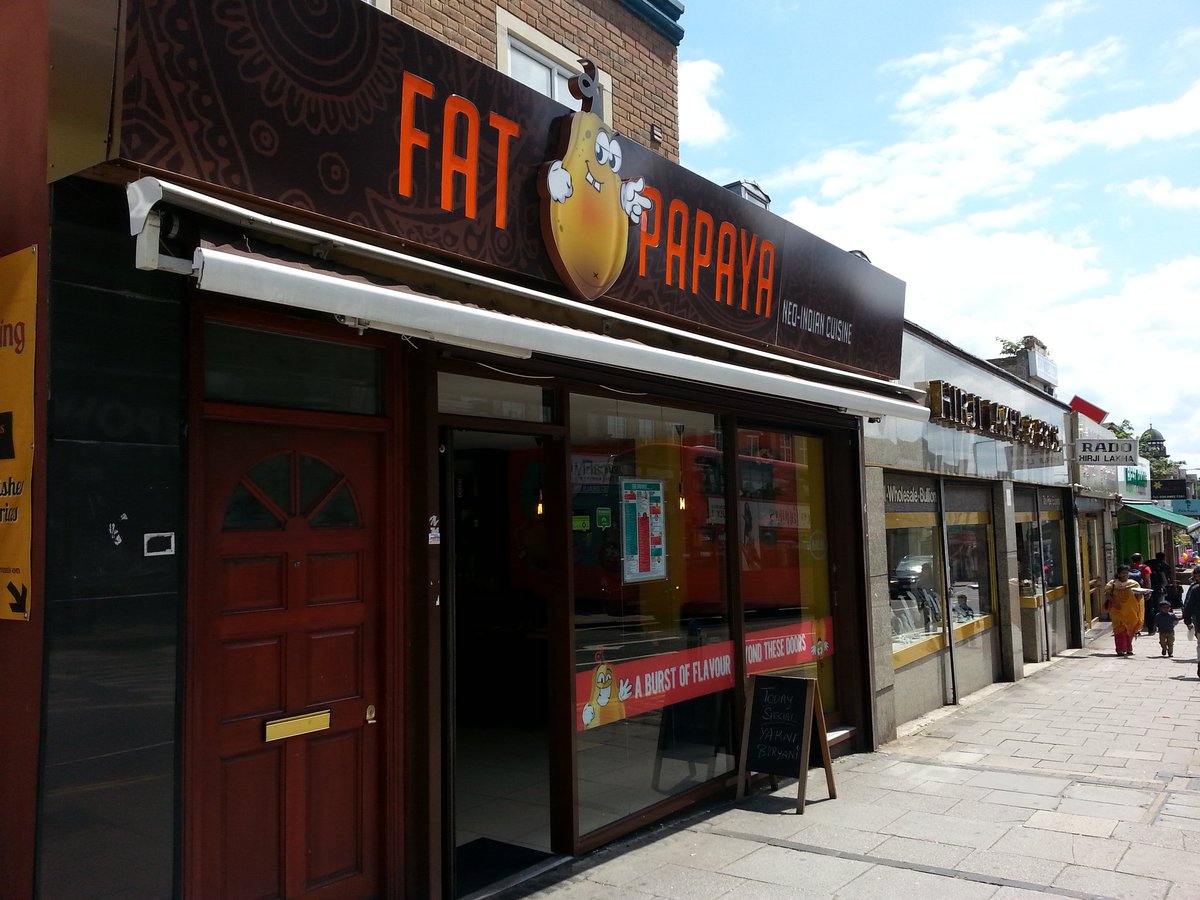 We were invited to review Fat Papaya. The restaurant has a colourful interior and I think the cheerful emoji-like Fat Papaya character will really appeal to kids. We love their selection of favourite classics too! 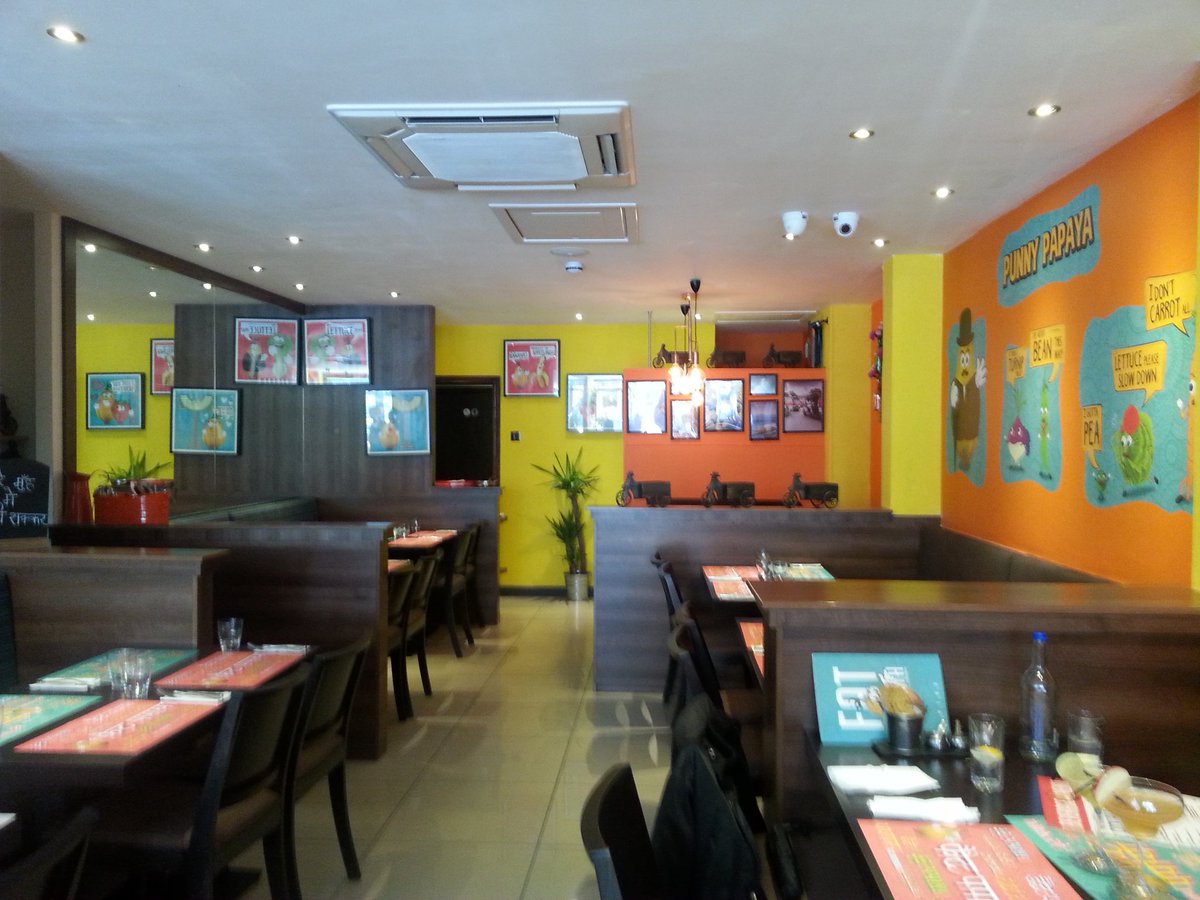 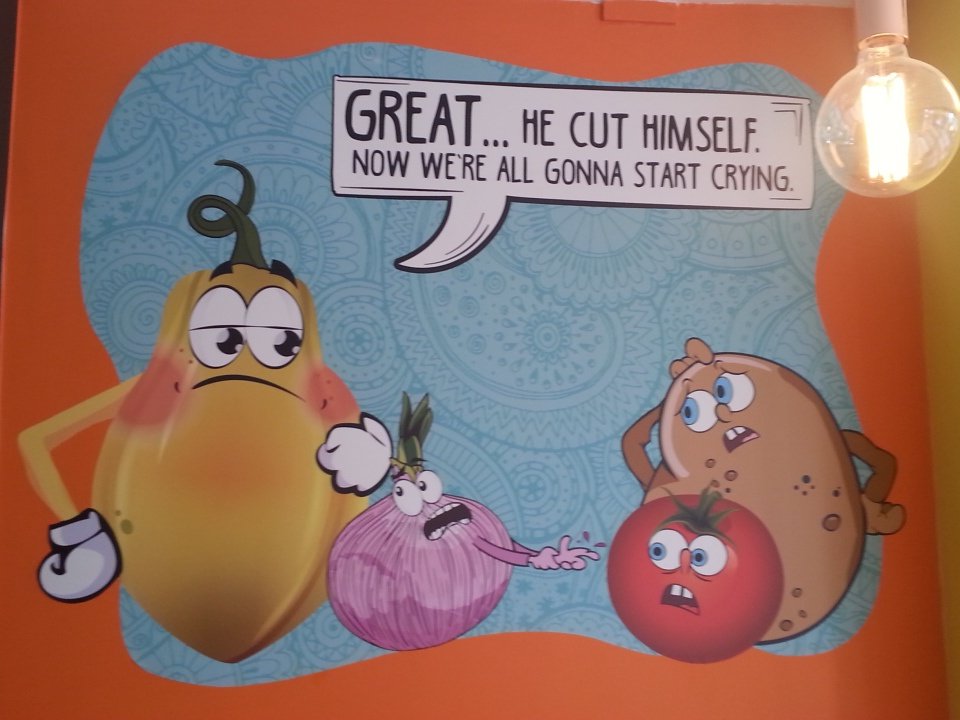 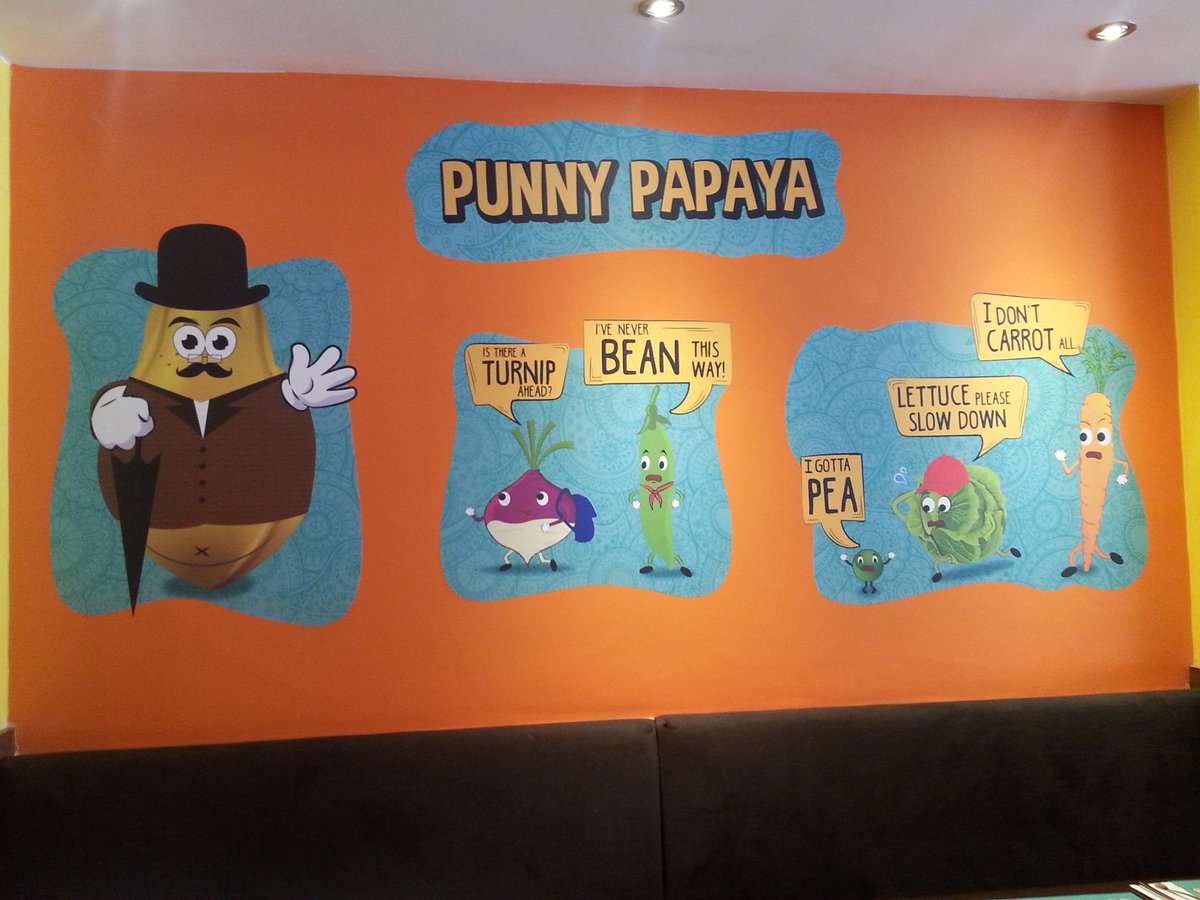 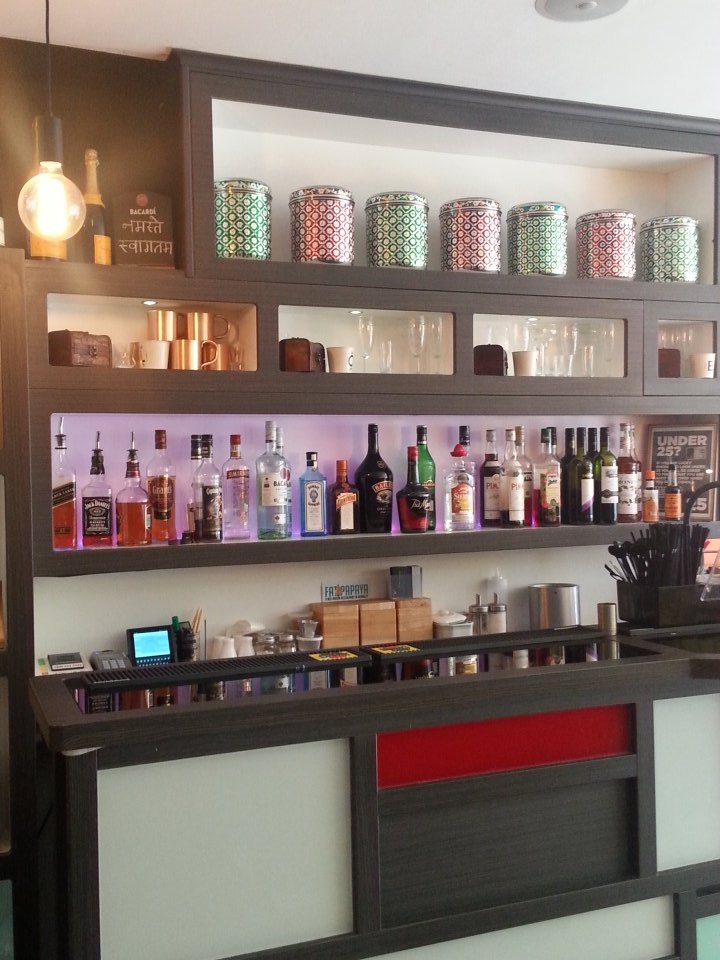 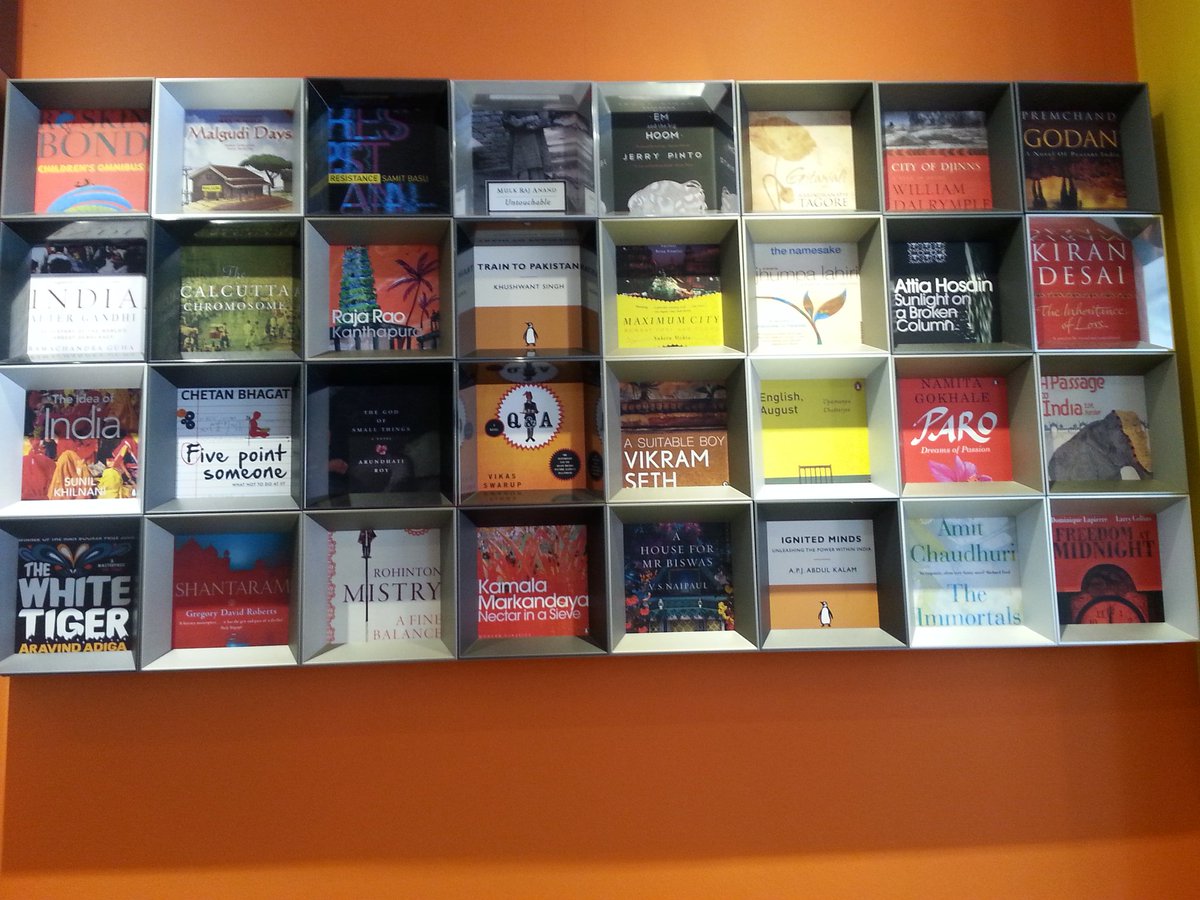 Their head chef Silva and his kitchen team have all trained and have years of industry experience in luxury hotels in India, including in the kitchens of Taj, Radisson, Sheraton and Oberoi’s hotels. Their style of cooking is Pan Indian where dishes are from all across India, rather than your typical Indian restaurant that serve food from one single region. Their USP is to serve great quality luxury food at affordable prices. Each dish is prepared with authenticity in mind however the presentation styles of the dishes are modern and with a modern European presentation. You will be taken on a journey through different regions of India via their menu!

We settled in with a couple of cocktails, I chose the Kaffertini (gin, kaffir lime leaves and green apple syrup) and J got the Bombay Presidency (vodka, cinnamon syrup, apple and lime). We weren’t very keen on the cocktails as they tasted strongly of the artificial syrups that had been used. We think these would benefit from natural cordials instead as then the flavour would be less overpowering. These were served with fried and baked poppadoms and khakra accompanied by a selection of their unique chutneys: beetroot, mango and melon seed, and spicy garlic. 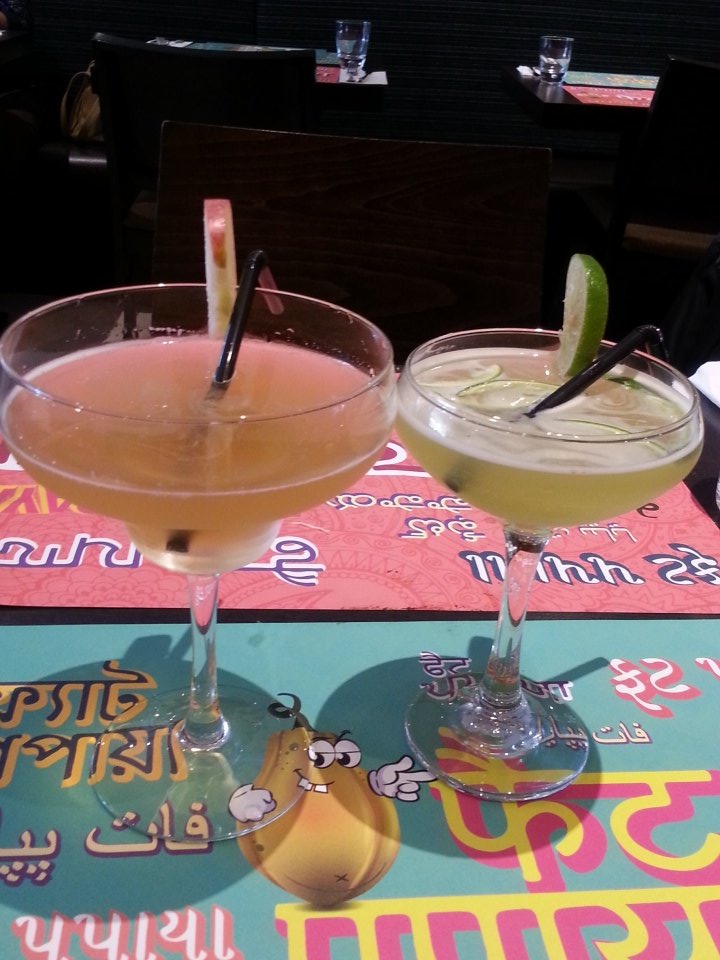 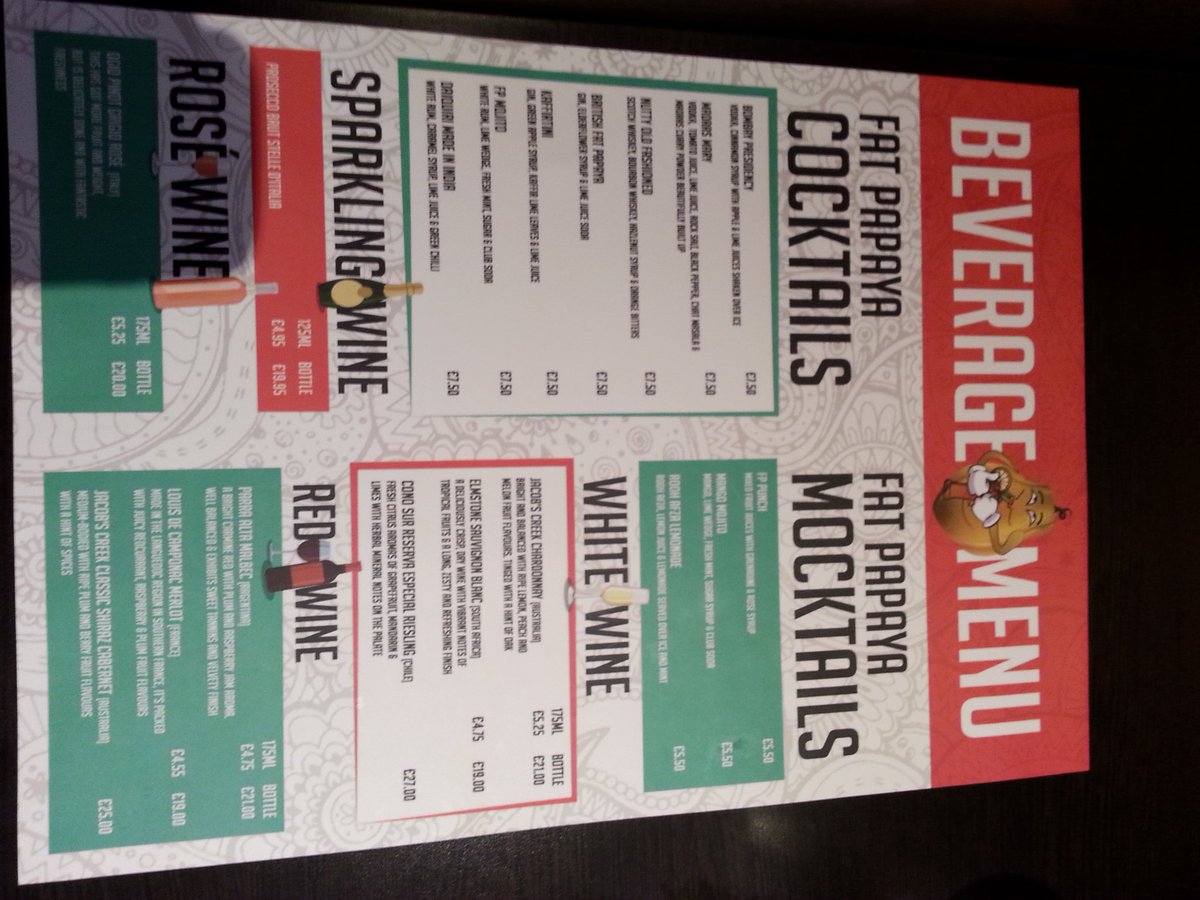 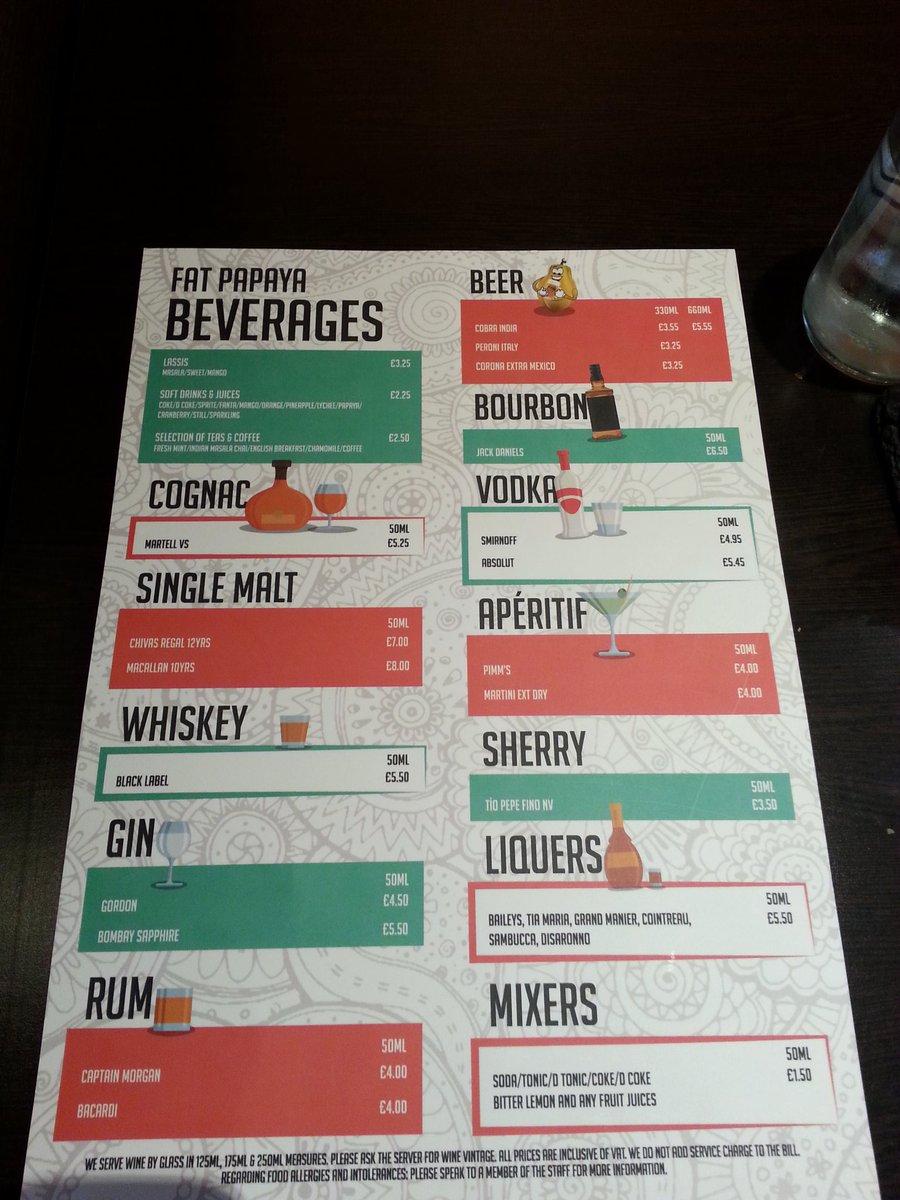 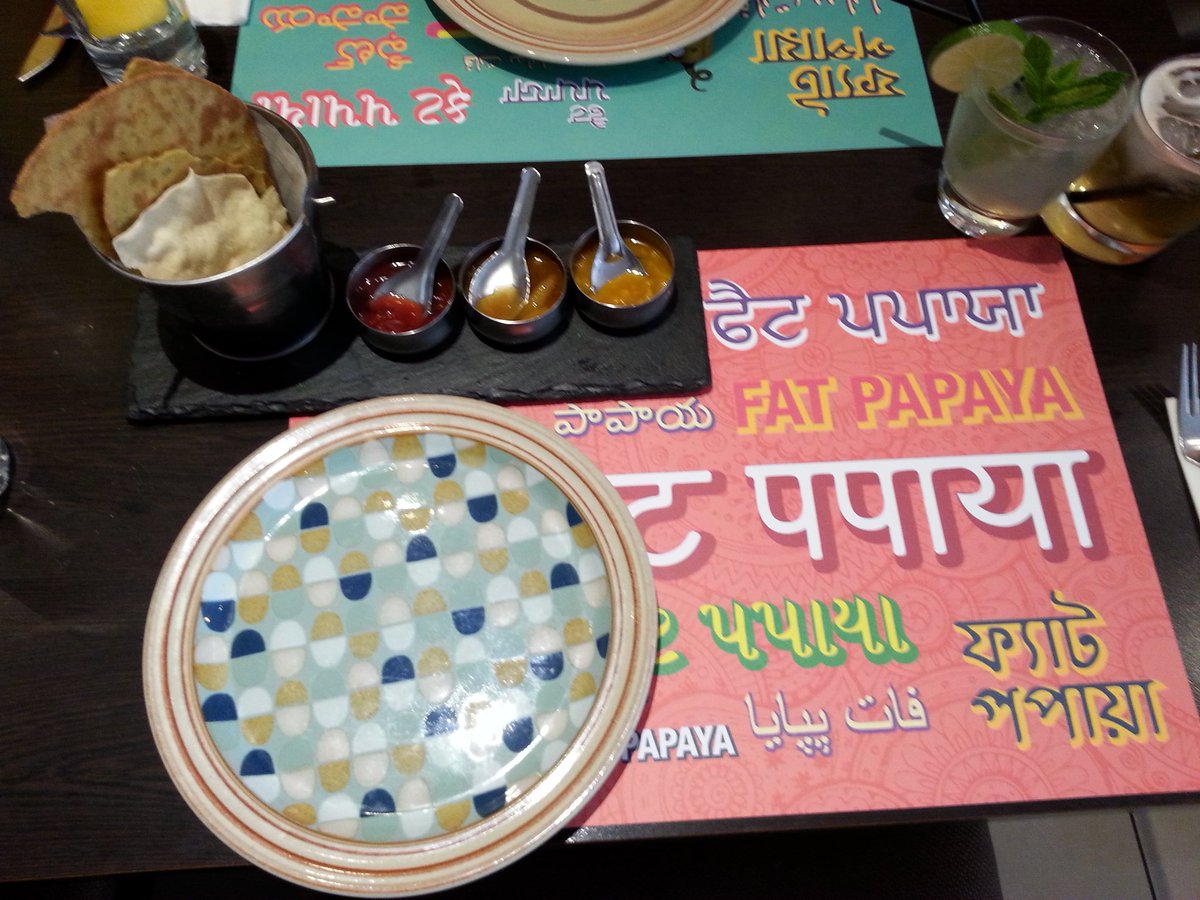 For starters, we ordered zafrani salmon tikka. This was lovely as salmon can stand up to intense flavours and the oiliness of the fish means it doesn’t dry out. We also ordered the meat sharing platter which comes with seekh kebab, tangri chicken, lamb chops and chicken tikka. This was beautifully presented in an old Indian iron (yes the thing to iron your clothes!) that used to have coals put in it to make it hot. It looked great but the only downside was that the food goes cold much quicker than if it had been on a sizzler platter. We discussed with the chef if there was any way of putting a hot plate in the bottom to keep things hot but he said they were worried about people burning themselves on the iron if they heated it up. The other starter was mutton rolls. These are from Sri Lanka and normally come with a pancake and breadcrumb covering but these were in filo, like mutton spring rolls. We prefer the more traditional covering but they still tasted good. 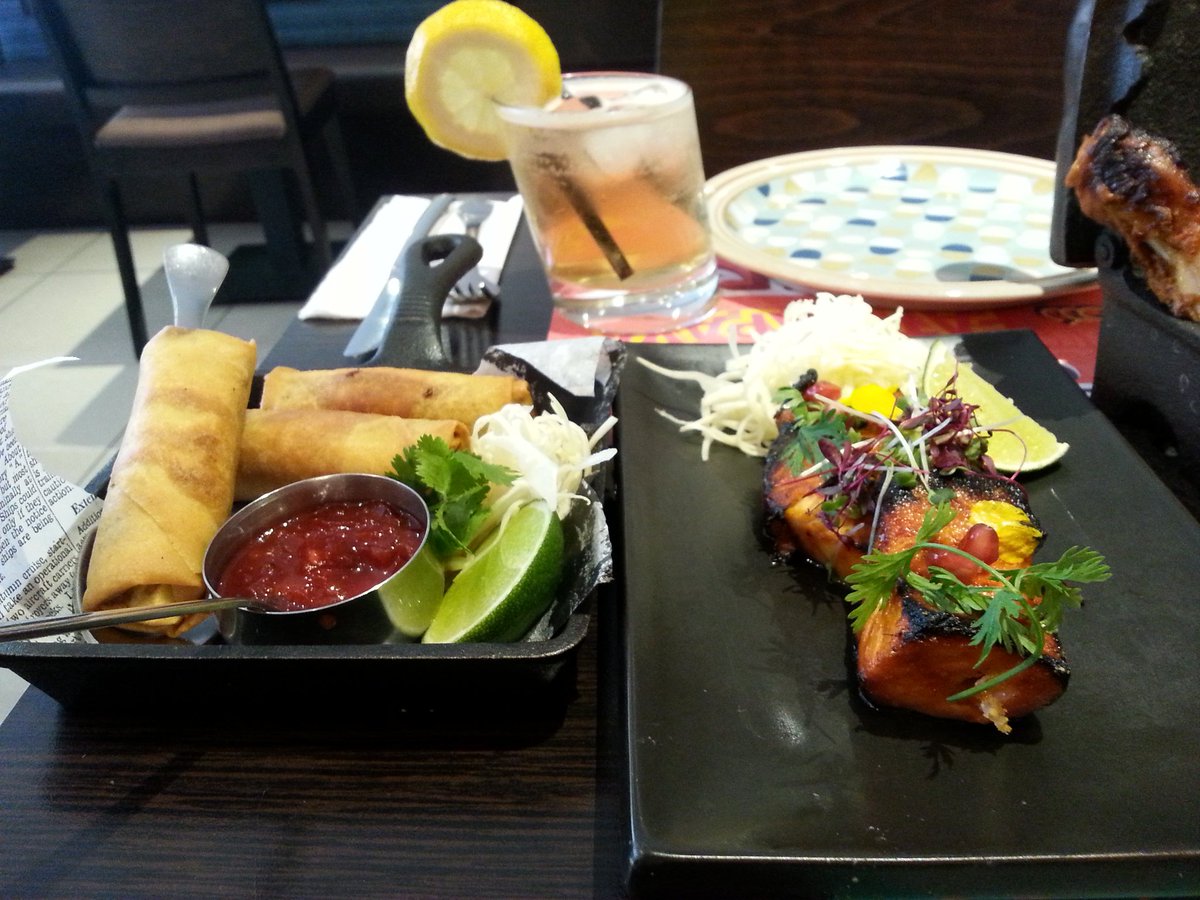 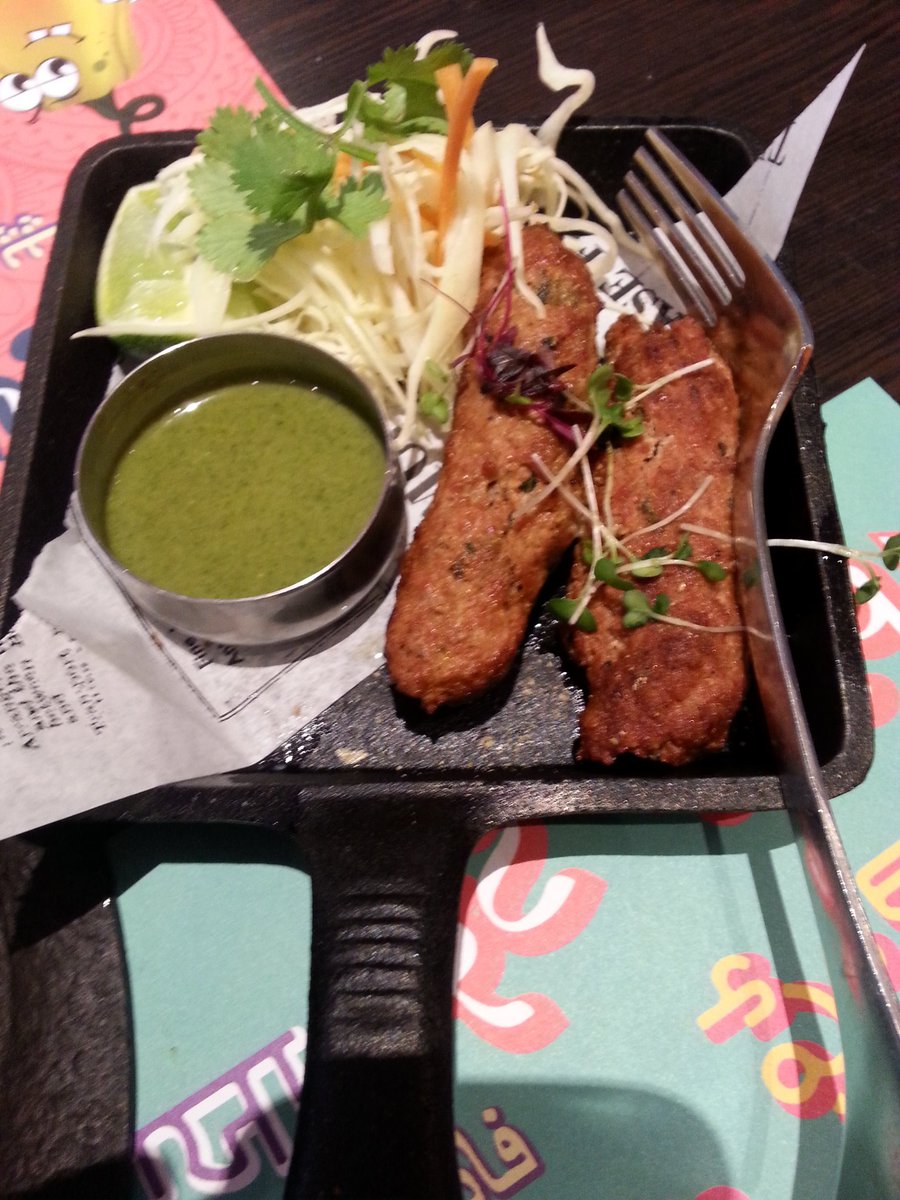 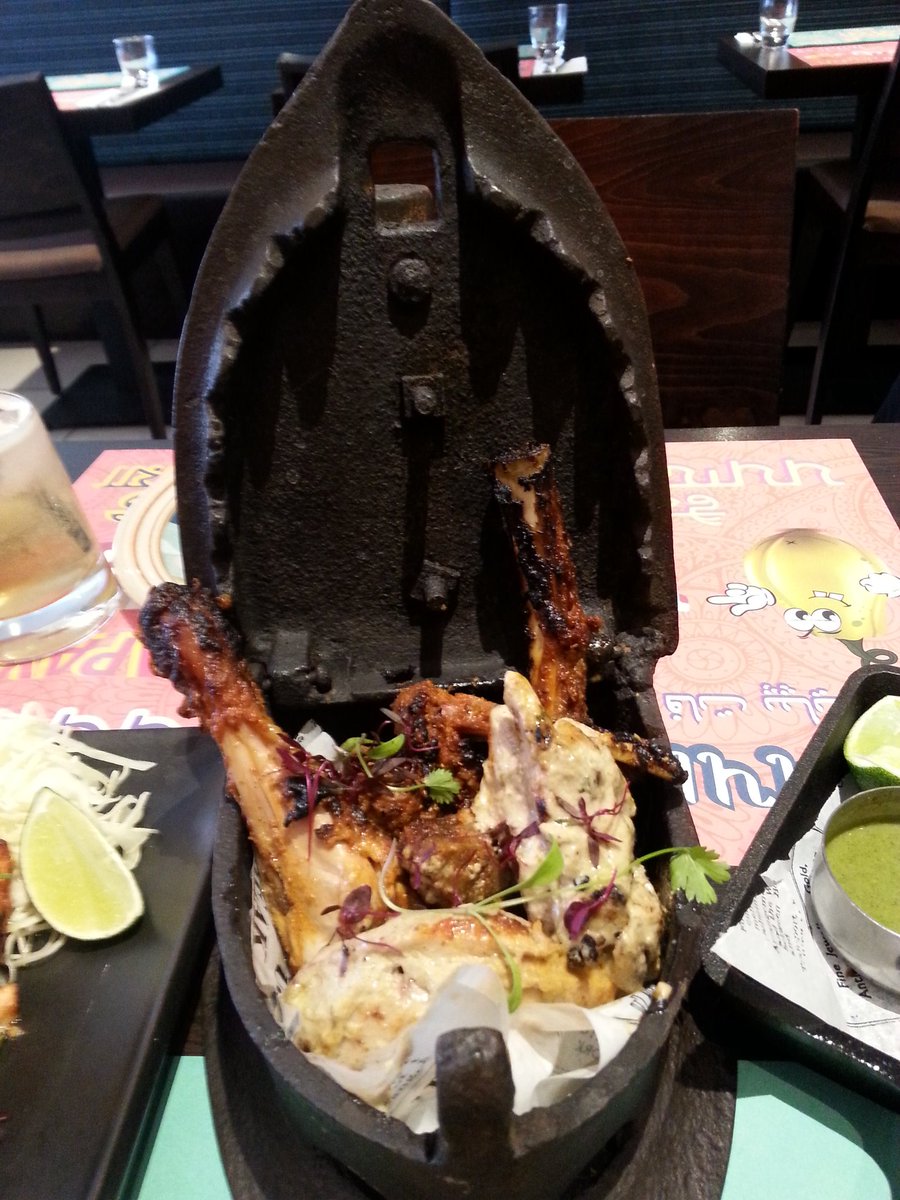 For mains we got half portions of the lamb and chicken biryani. We loved the biryanis as they had a really depth of flavour without being oily. The lamb was on the bone as it should be for extra flavour and everything tasted fresh. I think in poor Indian restaurants biryani can often be a way to use up old rice/meat and that definitely wasn’t the case here. A must order, especially if you like it spicy! 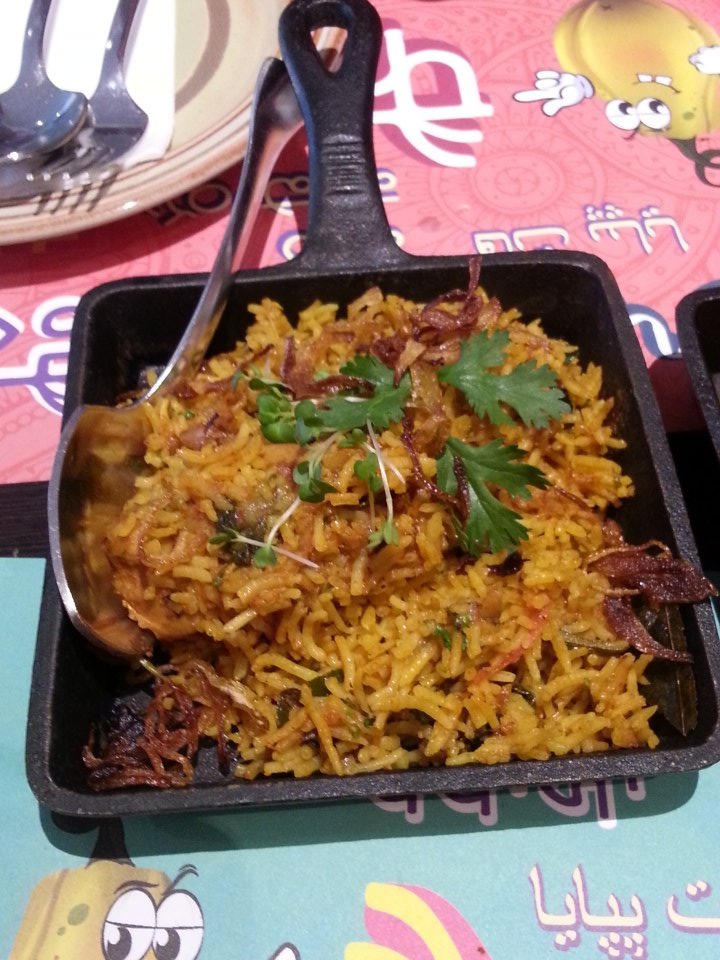 Sudhakar explained that they use different chillies/ peppers in various dishes as each one, such as the Andheri and Kashmiri chillies, have different flavour profiles and will add that extra element that makes their dishes stand out from any of your regular Indian restaurants. This can be seen in dishes like the beautifully flavoured Pondicherry mutton curry. 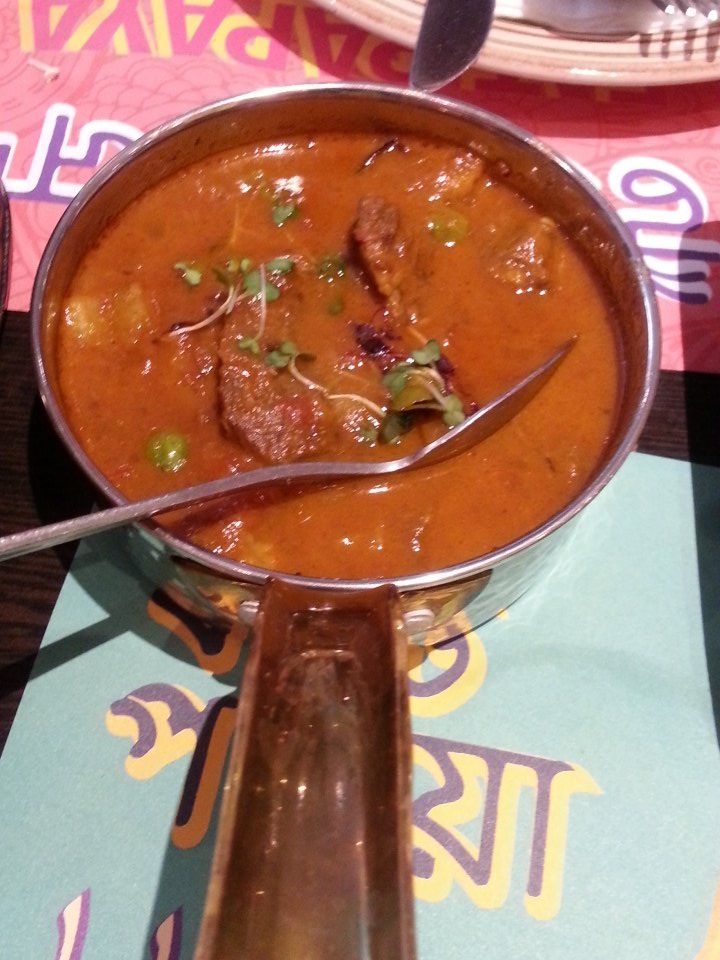 We got the Goan fish curry (well we had to didn’t we!) Again although not a traditional Goan curry, we enjoyed the sauce that complemented the delicate sea bass but didn’t overwhelm it. Chef Silva explained that his version of a Goan fish curry came from inspirations taken from the Andheri (West Mumbai) style of cooking where his wife is from. We loved the textural contrast from the fresh coconut and the crispy, fried lotus root. We also ordered the mirchi (chilli) paratha, but sadly this was more like a naan than a flaky, buttery paratha. The chicken kothu rotti has an interesting mixture of flavours and textures from the chopped up paratha and the sweet garden vegetables. 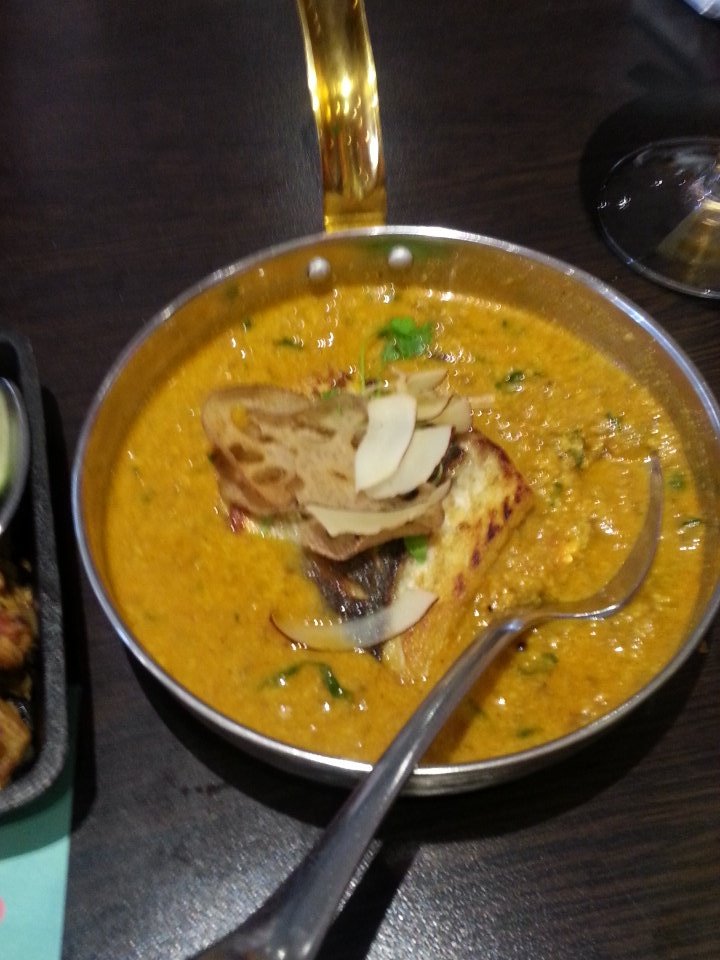 For desserts our first choices of cardamon pannacotta and gulab jamun weren’t available, so we ordered the lemon cheesecake and malai kulfi. 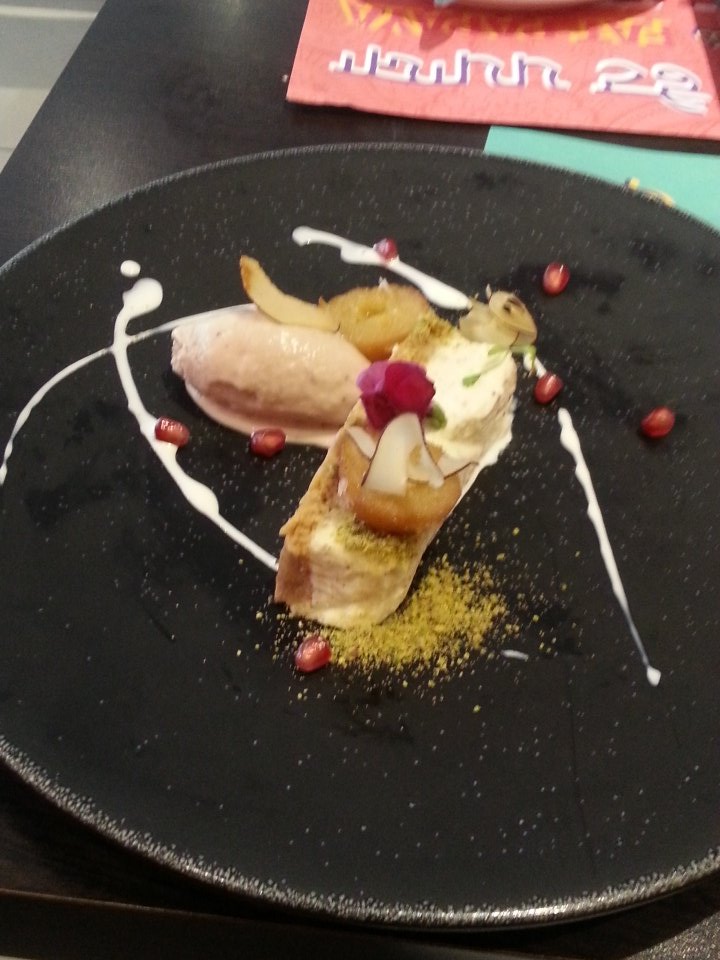 The lemon cheesecake lacked a strong lemon flavour and the base was very soggy. When we spoke to the chef he said he was considering using shortbread which would hopefully give a crisper base. The strawberry ice cream accompanying it was nice, and the chef said they make all their own ice creams and kulfis.

You could really tell as the malai kulfi was fantastic, fabulously creamy with a hint of saffron. Another must order!

On the whole we enjoyed our visit to Fat Papaya and we think with a few tweaks it could be great. They told us they have plans for a food truck and to visit festivals so keep your eyes peeled, you may be seeing a whole lot more of these guys! 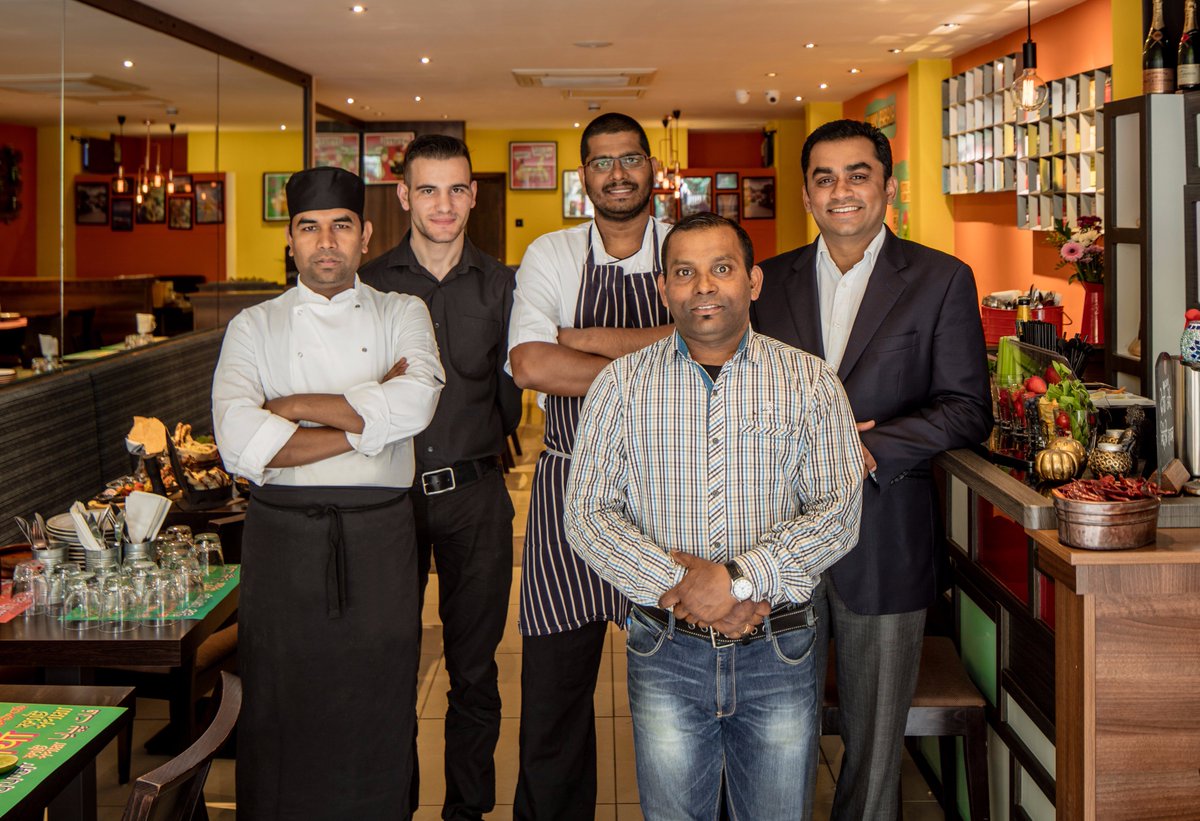 Don’t forget to check out their specials / offers boards when you visit too: 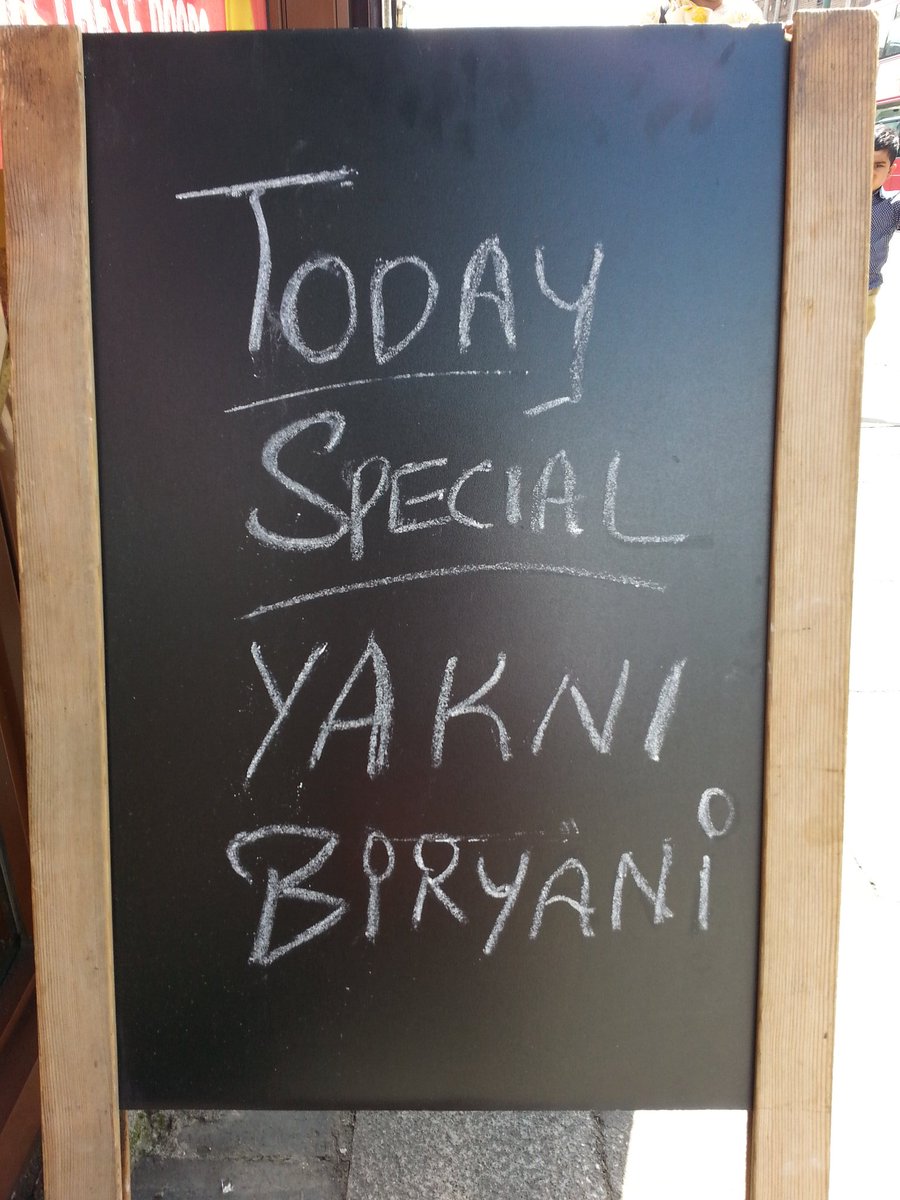 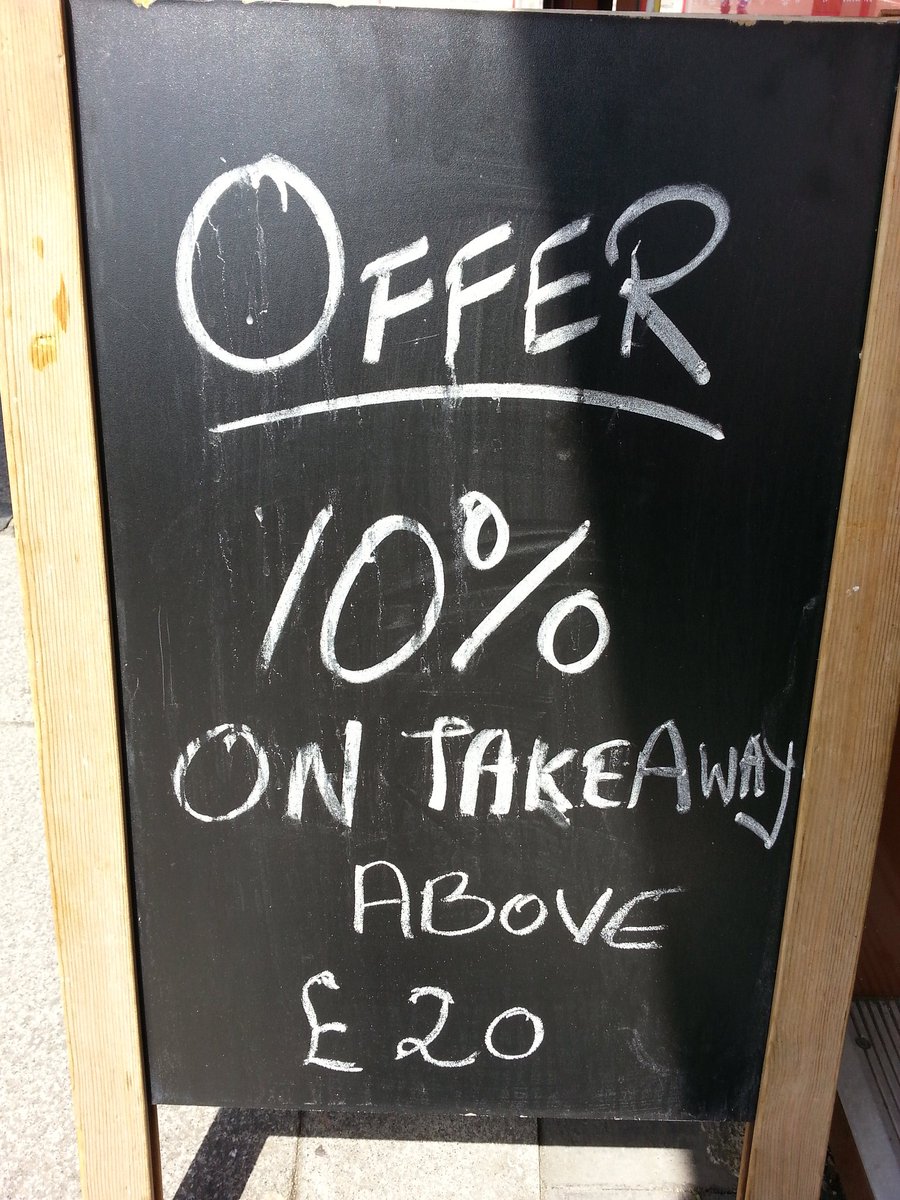 Thank you to Vijay and Sudhakar (co-owners) for the invite, as well as Sudhakar and Chef Silva for looking after us and explaining about the inspiration for their dishes.

International food and travel blog by London based British Goan duo: Jason and Chiara Pinto. Twitter: @goantolondon @jasonpinto100 @chiarapinto About Goa: Goa is a small state on the western coast of India. Though the smallest Indian state, Goa has played an influential role in Indian history. Goa was one of the major trade centers in India, thus it had always been attracting the influential dynasties, seafarers, merchants, traders, monks and missionaries since its earliest known history. Throughout its history Goa has undergone continual transformation, leaving an indelible impression on various aspects of its cultural and socio-economic development. History of Goa: The East-West symbiosis of Goa makes it different from other parts of India, more than the historical and social niche. The history of Goa is a sweet and sour story of colonial heritage, oppressive rulers, a glorious culture, and uneventful immediate past. As a land with the identity of its own, Goa was brought into focus when it was liberated of Portugal from its oppressive rule of around 450 hundred years in 1961. Goa was captured and annexed to the Portuguese in 1510 following the urges of trade and demand of spices and also cottons and indigo. But, Goa has a history that starts much before Portugal even thought of Goa being where it is. Goa was coveted and ruled by a great number of Indian kingdoms and dynasties from the 4th century onwards. The first kingdom to rule Goa and Konkan were Bhojas, who were the feudatories of Ashoka in 4th and 5th centuries AD. The city of Chandrapur (present Chandor) was founded by Prince Chandraditya, son of Chalukya King Pulakesin from 566 to 597 A.D. after this, Goa was ruled consecutively by Silahara Dynasty, Kadamba Danasty, and finally Hoysalas from 1022 to 1342 A.D. From the 14th century onwards, Goa became a great trading center on the west coast, especially in the vast trade of horses imported from the Middle East. This was the time for bigger empires to move in and Vijayanagar Empire conquered it in 1344. But there empire was not going to last too long and in 1347, Bahmani Sultans defeated Vijayanagara forces in 1347 and controlled Goa. Afterwards, it was a time of great prosperity and peace for Gpa, especially during the rules of Yusuf Adil Shah and Ismail Adil Shah. They created beautiful houses, fortified Goa, and encouraged local craftsmen. Their liberal and progressive rule was not going to last too long and situation changed in 1510 A.D. Goa for all purposes was not on the Portuguese Radar even after a long time of their presence in India. When the Portuguese nobleman Alfonso de Albuquerque and his cousin Francisco de Albuquerque were sent with a powerful fleet in 1503 on the orders of King Dom Manuel I, the purpose was to defend the cargoes of spices, mostly pepper, against Arab Muslim raiders. The center of spice trade was Calicut at that time and Portuguese had built forts in Cochin and Cannanore. It was in 1506-08 that an opportunistic pirate, Timoja, persuaded Albuquerque to attack Goa and acquire a better land base. This made Goa, Portugal's first real territorial acquisition in Asia. After a brief period of recapturing by the Muslims, Goa Albuquerque finally captured Goa in 1510. The inquisition of Goa in 1540 reversed the previous liberal policy of Albuquerque and imposed strict censorship of literature and new laws to forbade non-Christians from professions. Forced conversions took place continuously, censorship was established on literature, the temples were destroyed, and non-Christian priests, holy men, and teachers were evicted. This led to continuous fleeing of Hindus from Goa to other parts of India. It is not that the relationship with Portugal brought only destruction for the Goans. Portuguese also built great churches like the church of St. Cajetan and Bom Jesus basilica in Old Goa, which is a pilgrimage site for the Christians from around the world. But it is also true that pre-1961; Goa was a highly impoverished region very backward and primitive. It is after the liberation that Goa of today has emerged and it has surprised even the locals many of whom had left their homeland before its liberation. Portugal and India are today friends and Goa continues to be a fascinating blend of Latin and Oriental. Information sourced from: http://www.royalorienttrain.com/goa/goa-history.html
View all posts by goantolondon →
This entry was posted in chillies, cocktails, Desserts, England, Family-run restaurants, Fat Papaya, Fat Papaya, Fat Papaya - Social Media, Food Safari ideas, Global inspirations, Indian, Indian, London, menus and prices, PR and Marketing, Salmon, Style of cooking, Wembley, Wembley Central, whisky and tagged #foodbloggers, #funky, #luxurychefs, #NeoIndian, #PanIndian, #WembleyCentral, @FatPapaya, @OberoiGroup, @sheratonhotels, @TajHotels, Andheri, biryani, cheesecake, chicken, chillies, cocktails, cuisine, desserts, double cooked milk, family-run, Fat Papaya, food safari, fresh, hotels, icecream, indian, Kashmiri, kulfi, Lamb, lemon, London, malai, Neo Indian, Oberoi, Radisson, restaurants, Salmon, Sheraton, strawberry, Taj, tikka, Wembley, Wembley Central, whisky. Bookmark the permalink.